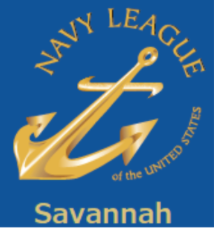 January 25, 2022 - The Savannah Navy League Council of the United States has announced a week-long celebration of events here in Savannah along with the commissioning of The USS Savannah, Littoral Combat Ship LCS-28 in Brunswick on Feb. 5, 2022. The U.S. Navy, the Savannah Navy League of the United States and local communities are partners in the planning and execution of the commissioning ceremonies.

The Savannah was built by the Austal Shipyards in Mobile, AL, and is slated to be homeported in San Diego, CA, once commissioned.

Over 400 feet in length and displacing 2307 metric tons, the ship has an operational crew of over seventy. The aluminum tri-hull ship is capable of a top speed in excess of 40 knots. Savannah will be designated an anti-submarine warfare vessel carrying a mixture of MH-60 helicopters and Fire Scout unmanned aerial vehicles.

“Commissioning a U.S. warship is a tradition that has been in practice since 1775 when the British schooner, the Margaretta, was captured. It is the most significant event in the life of the ship,” stated Chairwoman of the Commission Committee Pat Yovich. “This ship is the sixth Navy warship to bear the name Savannah. Mrs. Dianne Davison Isakson, the wife of the Honorable Johnny Isakson, former Senator from Georgia, is the ship’s Sponsor. Their daughter, Julie Isakson Mitchell, will serve as the Matron of Honor.”