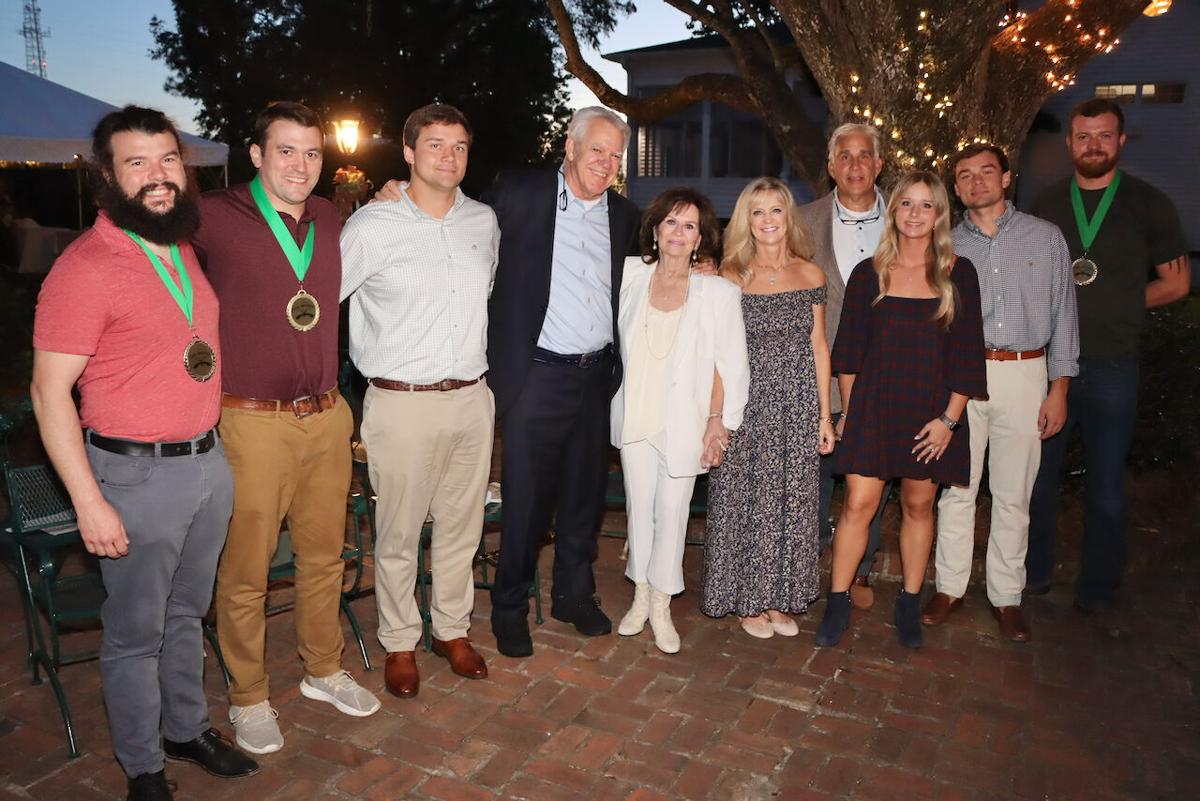 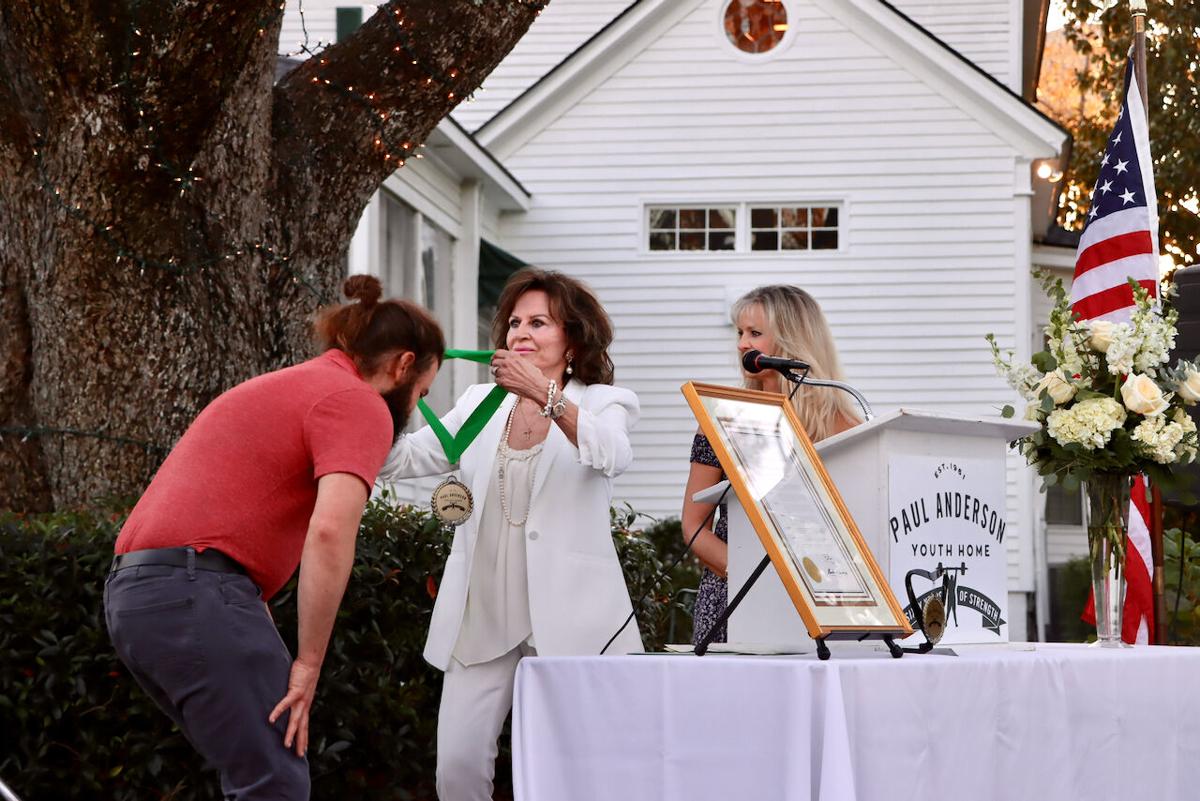 October 27, 2021 - The Paul Anderson Youth Home in Vidalia celebrated the beginning of its 60th anniversary year with an opening ceremony on campus at 1603 McIntosh Street. This intimate, private event featured an Olympic torch from the 1996 Atlanta Olympic Games celebration that literally passed from one generation to the next. Attendees were given candles lit by this historical torch to honor the Home's 60 years of transforming the lives of troubled youth.

Glenda Anderson Leonard, the Home's matriarch who continues to be actively engaged, recently turned 80 years old. She has been a mother figure to "her boys" and, along with staff, is instrumental in leading young men to Christ and changing their lives forever. Anderson Leonard passed the torch to her daughter and son-in-law, Paula and Edward Schaefer, to lead the Home into the future.

A proclamation from Georgia Gov. Brian Kemp was read at the event, and guests were treated to musical selections from renowned Savannah soloist Roger Moss.

At the celebratory event, the victories of six PAYH alumni who have become champions in their own lives, for themselves and their families, were celebrated. Strong men of integrity and resolve with a foundation of traditional Christian values are the hallmarks of PAYH graduates, and these six men were each honored for being "Gold Medalists for Life." They received medals during the ceremony on the historic grounds of the Home.

The founder of the Home, Paul Anderson, overcame Bright’s Disease to win the super heavyweight gold medal in weightlifting at the 1956 Melbourne Olympic games. To this day, no one has matched or exceeded his record back lift of 6,270 lb.

Paul Anderson left the Olympics with a dream in his heart to help his fellow man. In 1961, Paul rode a bicycle from Vidalia, Georgia to Omaha, NE, to raise money to start a youth home. Shortly after, he and his wife Glenda founded the Home, a Christian alternative to juvenile and adult correctional programs for struggling young men between the ages of 16-21.

Sixty years and more than 1,400 individuals later, the Home and ministry continue to transform lives each day by helping young men turn away from incarceration and towards God. Each young man in PAYH's care receives counseling, academic assistance to complete their education, job training and substance abuse therapy.

"As PAYH celebrates its 60th anniversary, this event was an opportunity to look back on the profound impact the Home has had on the lives of young men and their families," said Anderson Leonard. "We were also proud to honor our alumni who have had an immeasurable positive effect on our society."