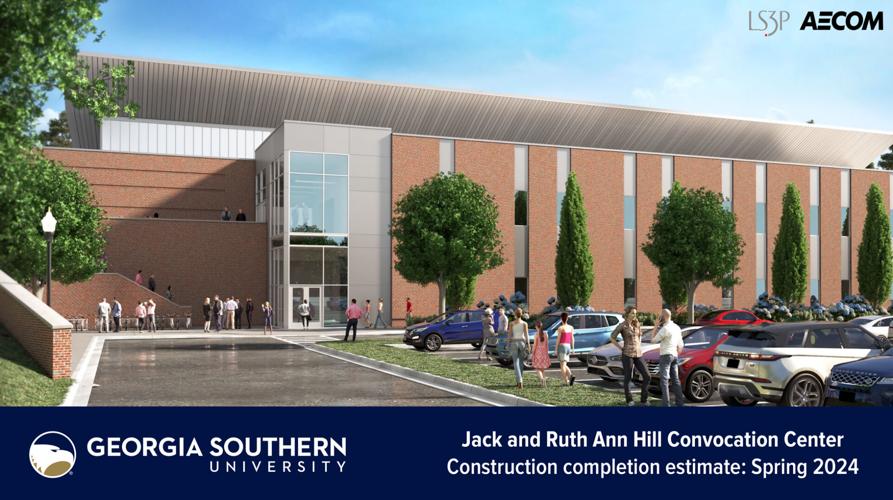 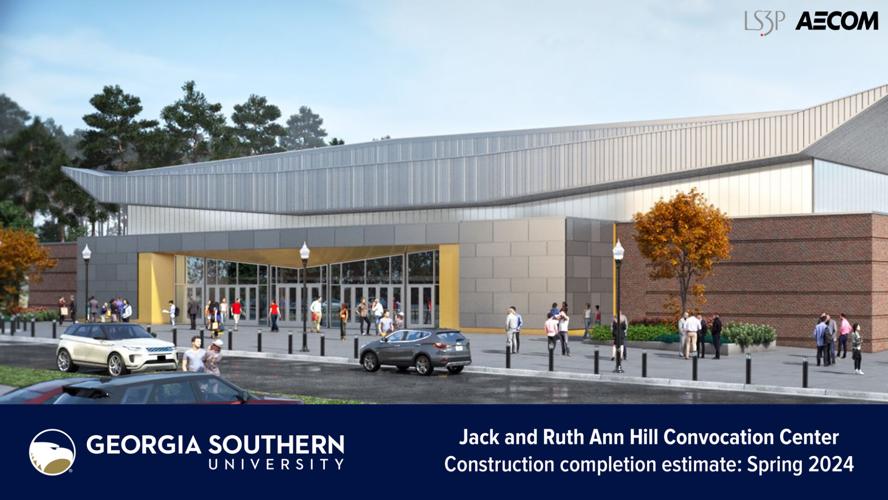 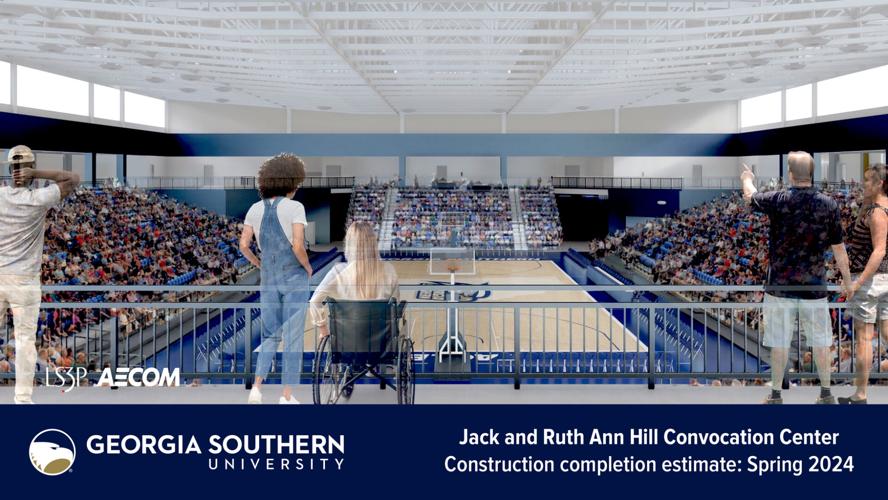 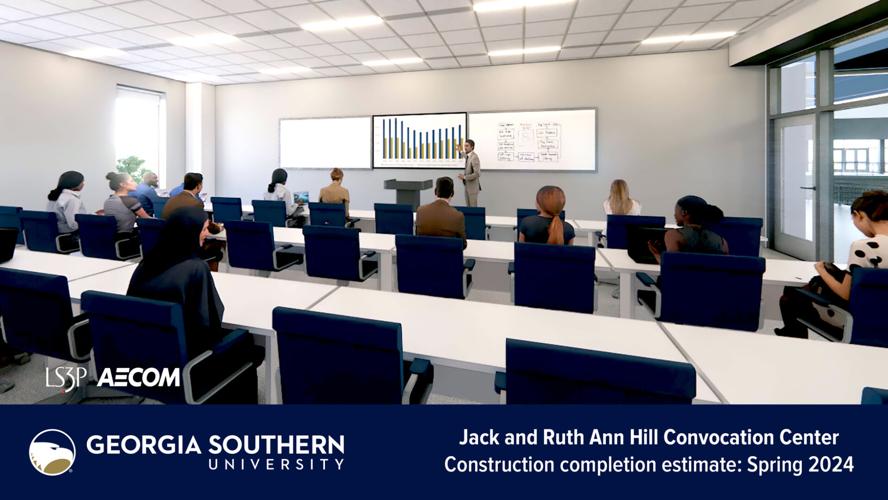 May 10, 2022 - With final budget approval from the University System of Georgia’s Board of Regents, Georgia Southern University has completed planning and is moving forward with development of the Jack and Ruth Ann Hill Convocation Center.

The 95,000-square-foot center is named in honor of the late Senator Jack Hill and his wife of 46 years, Ruth Ann Hill. Both are Georgia Southern graduates.

The Jack and Ruth Ann Hill Convocation Center will be the largest event venue space between Savannah and Macon. Serving as the signature building on Georgia Southern’s south campus, it will be located on University-owned land on the southwest side of the intersection of Lanier Drive and Veterans Memorial Parkway (US 301 bypass).

Total construction cost is estimated at just more than $50 million, while the total project budget is set at $64.46 million. Funding for the project comes from a combination of state and privately raised funds. Some site work has already begun but construction will not begin in earnest until this fall with a construction completion target of Spring 2024. A groundbreaking ceremony is set for May 26.

“We are excited to finally be planning for the construction phase of this project,” said Georgia Southern President Kyle Marrero. “This center will have a tremendous impact on Statesboro, this region and our students. I am grateful to the Governor and the Legislature for supporting this project.”

With an estimated total cost of approximately $64.4 million, the center will be a multi-story complex that fills two vital University needs:

1) Approximately 7,000 square feet of additional instructional space for the Waters College of Health Professions, specifically for the sports and exercise psychology and sports management programs.

2) A multipurpose arena that can be utilized for large-scale events such as commencement ceremonies, speakers, concerts, job fairs and other University and community assemblies. The arena will be the new home court for Georgia Southern Eagles NCAA basketball games.

The academic space expansion is needed to keep up with enrollment in the Waters College of Health Professions, which has gone from 5,085 in 2018 to 5,656 in 2021, and to support Georgia Southern’s commitment to expand its nursing cohort by 30% over the next five years.

“We need the additional space to house growing programs within the college that will complement the Health Professions Academic Building on the Armstrong Campus in Savannah,” Marrero said. “This center will be busy almost every day of the year. The collaboration across several internal and external constituent groups through the design and planning process has resulted in a state-of-the-art facility that further positions Georgia Southern University as a leader in higher education.”

For convocations, graduation ceremonies and other events that use the floor, the center occupancy tops out at almost 5,900. For athletic events and basketball games, the center will seat approximately 5,500 spectators.

The center also will include full office suites and locker rooms for Georgia Southern’s men's and women's basketball teams.

“The Jack and Ruth Ann Hill Convocation Center is a true game-changer for Georgia Southern University, the Statesboro community and southeast Georgia,” said Director of Athletics Jared Benko. “Our men's and women's basketball teams will transition to the facility full-time upon its opening. With new locker rooms, team spaces, training rooms, a strength and conditioning area and fueling stations coming on board, it will create a best-in-class student-athlete experience. We are also excited to partner with the faculty and staff in the Waters College of Health Professionals on new projects and initiatives.”

Locating academic spaces under the same roof as the multi-purpose event venue allows for great synergy across disciplines, offering the University’s students hands-on learning opportunities while supporting student-athletes as well as members of the community through the institution’s own health and rehabilitation programs.

The building is named for Jack Hill (‘66), who was the longest-serving Georgia senator when he died in April 2020. He was a senator for 30 years, serving as chairman of several crucial committees, including Appropriations, which has broad jurisdiction over legislation involving budgeting and spending state and federal funds. With Hill’s support, Georgia Southern reached new heights as an institution serving the southeast region and the state of Georgia. Hill was instrumental in helping the University expand its programs and build several new state-of-the-art facilities, including the Engineering and Research Building, which opened for classes in January 2021.

His wife of 48 years, Ruth Ann, focused her life on public education and retired as principal of Reidsville Elementary School. She was a triple Eagle, earning degrees from Georgia Southern in 1973, 1990 and 1991.