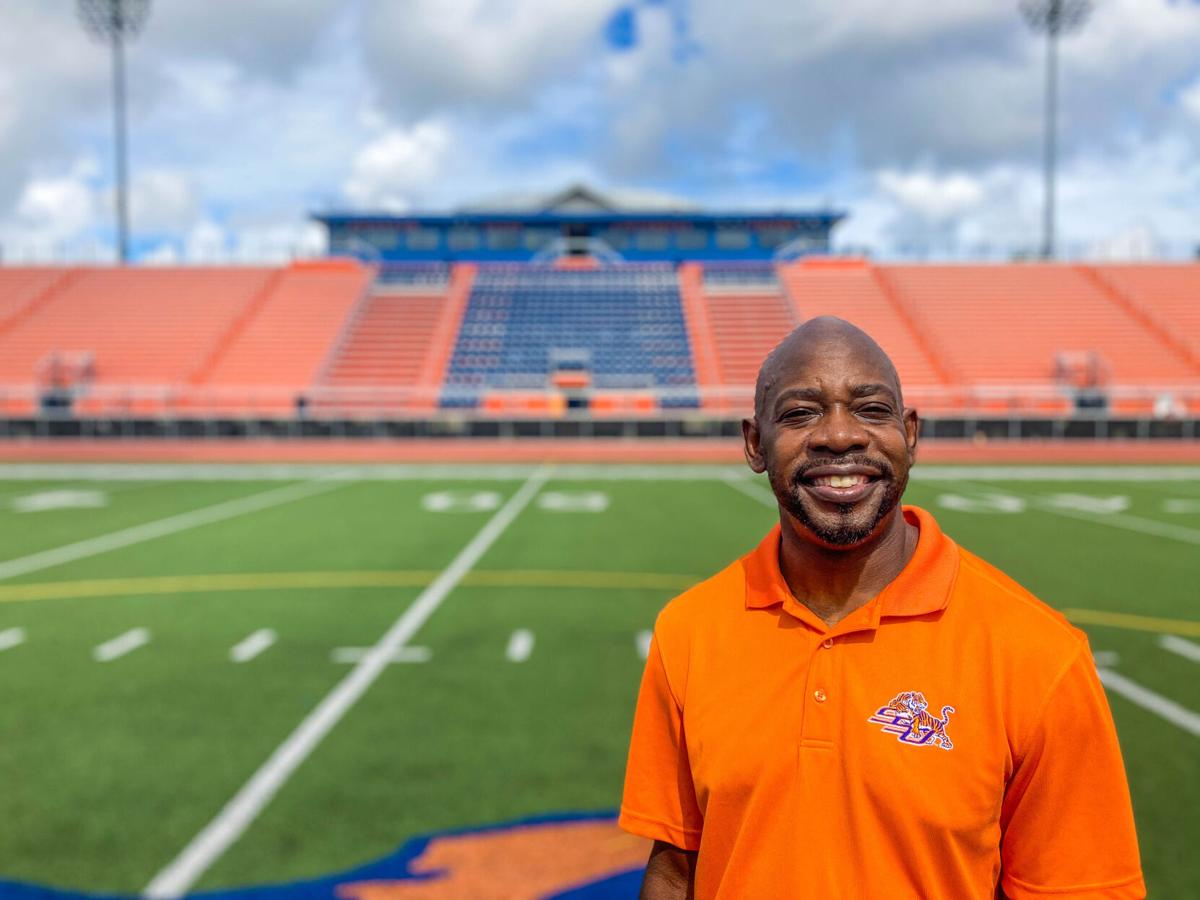 In this role, Arnold will direct the Savannah State University Band Program including the Powerhouse of the South marching band, pep, jazz and symphonic wind ensemble bands in rehearsals and performances. He will provide leadership in recruiting band members and music majors, coordinating auditions and scholarships, and maintain active and collaborative relationships with university Athletics, Advancement, Student Affairs, Academic Affairs as well as public schools and band programs throughout the state of Georgia and beyond. Arnold will provide quality instruction, vision and leadership for all aspects of a traditional Historically Black College or University band program repertoire.

“As a native son of Georgia, I am so excited to lead the Powerhouse of the South! I look forward to infusing my core values of excellence in musicianship, strong character, and high academic achievement into the Savannah State University Band Program,” he said.

With more than 18 years of experience teaching music, Arnold comes to Savannah State from Nicholls State University in Thibodaux, La., where he was director of athletic bands and assistant professor of music since 2018. A retired Marine, Arnold served in the U.S. Marine Corps from 1994 - 1998, achieving the rank of sergeant in three years.

An extension of the College of Liberal Arts and Social Sciences, Savannah State University Band Program provides the excitement of tiger pride at university athletic events and showcases the enrichment of student life. The Powerhouse of the South marching band is an award-winning band and the most visible of the SSU bands, performing regularly at home and selected away football games, parades and Battle of the Bands competitions. The marching band accepts invitations to perform throughout the Southeast.