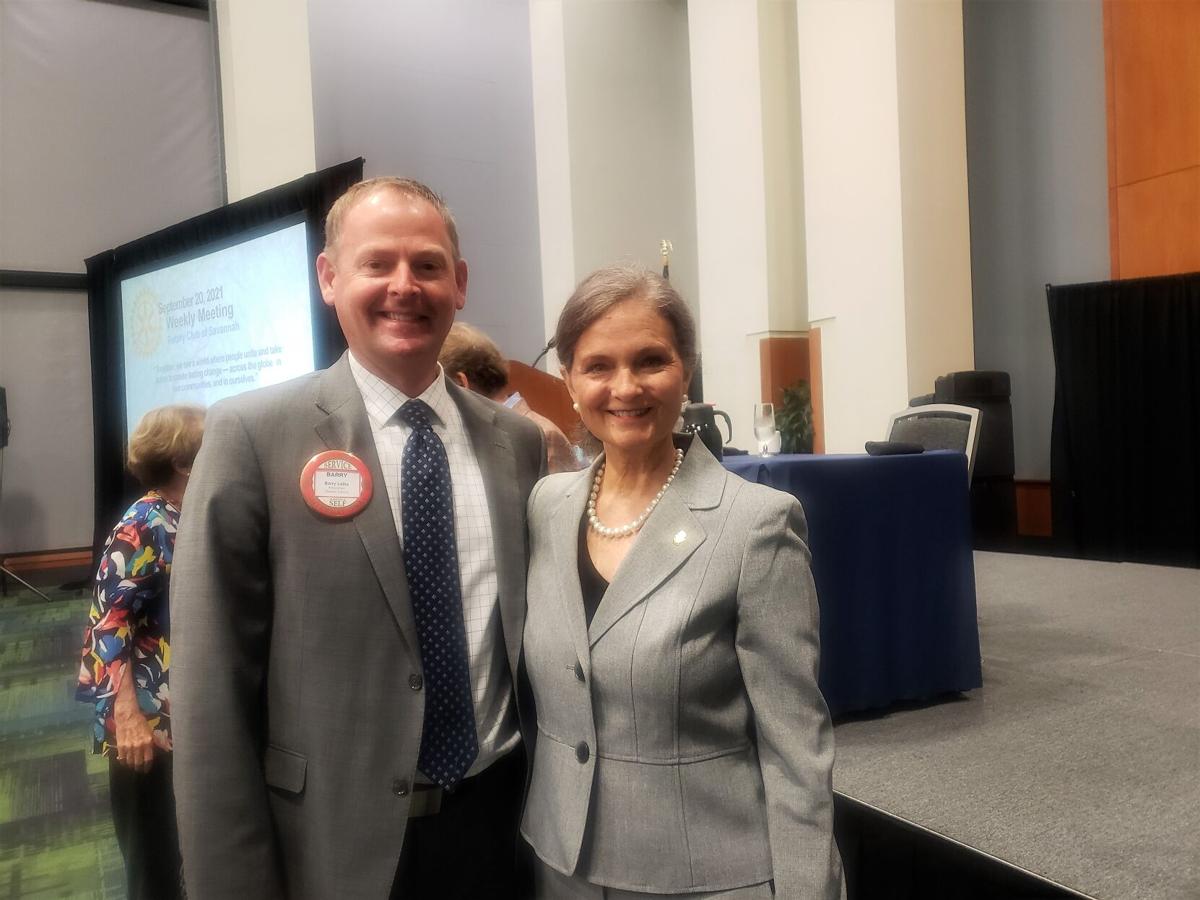 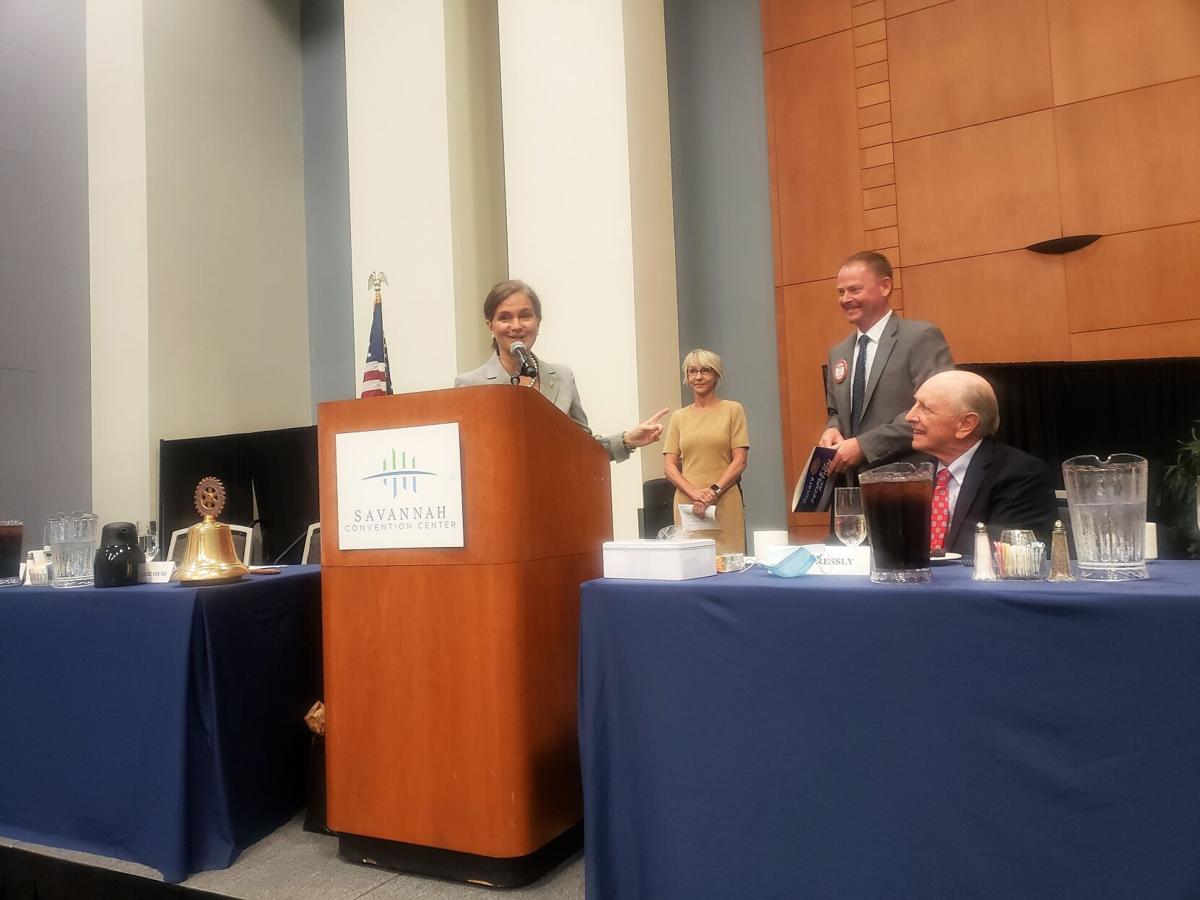 September 22, 2021 - Savannah Classical Academy’s (SCA) Chief Executive Officer, Barry Lollis, was inducted as a member of The Rotary Club of Savannah earlier this week. The club, founded in 1914, is the second oldest Rotary Club in the state of Georgia and is the city’s largest Rotary Club with almost 300 members.

The Rotary Club of Savannah is an affiliate of Rotary International, a worldwide service organization that brings together business and professional leaders and encourages them to become involved in their communities through humanitarian services. Members observe high ethical standards and work to advance goodwill and peace around the globe.

President of the club for 2021-22, Marjorie Young, inducted SCA’s leader and experienced educator, Barry Lollis into the Rotary Club of Savannah. Lollis’ undergraduate degree is in Biology, and he has a master’s degree in Broadfield Science, both earned from Armstrong, he earned a second master’s degree from Georgia Southern University in Educational Leadership; and rounded out his final program with an Education Specialist Degree in Curriculum and Instruction from Piedmont College. Lollis is an innovative educator who has been leading and improving schools for 18 years. Lollis came to SCA in 2017 and has overseen significant improvements in the academic achievements of the school. The Savannah Classical Academy opened in fall of 2013 and their mission is to provide every child with a classical and academically rigorous education while installing a commitment to civic virtue and moral character.